We provide the knowledge and resources to make shipping easy, worry free, flexible and cost effective
Will Sequestering Affect your Shipment?
March 5, 2013

Customs and Border Protection (CBP) in the United States has recently made public that it is taking measures to cut its work hours by what will amount to 5,000 border patrol agents and over 2,700 inspectors. It plans to immediately stop overtime and begin thinning down the workforce with furloughs, which will take longer to begin effect. 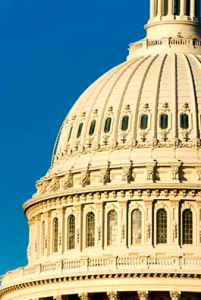 Additionally, CBP has warned that freight carriers, importers and exporters should expect border delays to nearly double in time with additional hours for each import/export.  Such a delay could become five days or more when dealing with cargo exams.

Companies who routinely rely on international shipments should begin to allow time for such delays in their business plans and be patient. Importers are being urged to get in contact with their carriers and begin discussing the necessary steps in minimizing the delays by staging cargo in advance. Such preparations are needed in the event of a shutdown.

When asked about the security implications, CBP has gone on record to say that security would not and will not be compromised. Equally important, they went on to say that that agriculture exams will continue. Both Importers and exporters who regularly utilize CBP’s very popular trusted trader and frequent trader programs will be provided a great advantage over those who currently do not.

As information unfolds about the upcoming details regarding sequestering and the effects on the import/export industry, DRT will update all of our customers.